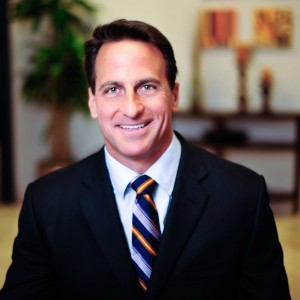 Mr. Caskey graduated from the University of Southern California in 1986 with a Bachelor of Science Degree in Business Administration with an emphasis in Finance. After graduation, Mr. Caskey began his career as a purchasing agent for The Anden Group which was one of the nation’s largest real estate development and homebuilding companies. Within five years, he rose through the ranks of The Anden Group to become Vice President of Operations directing the Covina division’s purchasing, construction, and customer service departments. During such time, Mr. Caskey obtained his general contracting license from the State of California. The division’s construction and closing of single family and multifamily homes averaged over 600 homes per year. During Mr. Caskey’s tenure with The Anden Group, the company produced and sold over 1,500 developed lots to merchant builders and closed escrow on the sale of over 2,500 homes.

During 1997, Mr. Caskey joined Ryland Homes, one of the largest homebuilders in the nation. As Vice President of Operations, he directed the forward planning, purchasing, construction, and customer service departments for the Southern California division. In August of 1998, Mr. Caskey left Ryland Homes to start his own company, Cambria Homes. Since 1998, Cambria Homes has built numerous projects from custom homes to large in-fill properties and has acted as general contractor for land developers including homebuilding icon Ray Watt.

In addition to operating Cambria Homes, Mr. Caskey was named President of Don Wilson Builders in September 2001. Don Wilson Builders is a family-owned business that has been operating in the Southern California area since the mid 1950’s. The company currently owns and manages a diversified portfolio of investment real estate totaling over 2,000,000 square feet. Under Mr. Caskey’s direction, the company has re-entered the homebuilding industry and has made homebuilding and related investments a major component of the company’s operations.